Welcome to our 2021 Child Friendly Spaces Tracker! Watch this space to receive weekly updates and highlights from this year’s programme.

Child Friendly Spaces (CFS) are childcare facilities at factories and production sites to support parent workers, which usually run over the summer when schools are closed, but can continue operating as after-school centres year round. In addition to allowing parents to spend valuable time with their children, CFS also helps prevent the risk of children being brought to production areas and hence reduces major compliance risks including children’s involvement in work. Read more about our programme here.

This week, we share the story of Ms. Hu, a migrant mother whose son lives in a different city with his great-grandparents. Like many migrant parent workers, Ms. Hu usually only sees her son during national holidays like the Spring Festival. This year however, her son gotto stay with her in Dongguan for the whole summer thanks to a Child Friendly Space (CFS) in her factory. The CFS provided parent workers with a free and safe childcare solution, while also providing opportunities for parents to bond with their children. The space enabled her to be ease at work and her child had such a great time there he described it as "sweet as a lollipop".

The summer holiday is drawing to a close and schools across the country are preparing for reopening next week. That means almost all CFS that were operating this summer have closed and the children have returned home. But The Centre’s work hasn’t stopped here. We’ve been working on analysing the impact assessment data of this year’s Child Friendly Spaces (CFS) family-friendly factory programme, which we look forward to presenting very soon. For now, we are pleased to share some quotes from participating children, parent workers and factory management about their impressions and experiences at the CFS this year.

“In the past summers, I stayed at home with my younger sister almost all the time when my parents went to work. This summer is very different thanks to the CFS. We have a lot of activities to do everyday and it’s not boring at all. I also felt that I can finish my homework more efficiently here than before, as I can do my homework together with friends and teachers can help me when I have questions. Today is our last day. I feel a little bit sad as I have to say goodbye to my friends and teachers. I hope to see them again here next summer.”Wu Hao, a 11-year-old boy from Zhejiang who attended a CFS in Wenzhou this summer

“I work here by myself while my wife stays in our hometown to look after our children. I usually go back home 1-2 times a year so I haven’t spent much time with my children. That’s why they were closer to their mother than to me. In the past summers, my wife would take a month or two off and come to visit me here with the children. This year she could not come and only my younger daughter came. I sent her to CFS so I didn’t have to worry about her while working. When she returned from CFS, she liked to share her daily activities with me. We had more topics to talk about thanks to the CFS and we’ve gotten much closer.” Mr. Yang, a father of two from Hunan province, his 7-year-old daughter attended CFS this year

“This is the second year for us to run the CFS programme. When we first did it in 2019, we created positive impact for the workers and received a lot of positive attention from local authorities. In 2020, the programme was suspended due to COVID concerns. This year we decided to resume CFS despite COVID as we didn’t want the CFS to be a one-off event but an integral part of company culture. This year we also expanded the CFS to include children aged 8 to 12 and more parent workers have signed up. I’m confident that we can continue to run the CFS programme by ourselves in the future.” Mr. Chen, general manger of a factory in Wenzhou that has continued to open CFS this year

This week, The Centre visited four factories to carry out impact assessments of the CFS. During the assessment, we collected feedback from participating children and workers, and from the teachers and factory management.

The following is an excerpt from our interview with Ms. Zhang, manager of a CFS factory this year.

The Centre: What kind of positive impacts have CFS brought to the factory?

Ms. Zhang: There are 50 participating children in our CFS this year. Around 40 families directly benefited from the programme. The programme helps to raise employee’s sense of pride and level of trust in the factory. Employees can focus more on work. For example, one of my staff used to call her family during work hours because she was worried about her children. After participating in CFS, she could have a peace of mind at work.

The programme also enhances the factory’s reputation in the industry and among job seekers. Local government and industry association have reached out to us, hoping to promote CFS in the local community and in the industry. In turn, this increases the social impacts of the factory and the whole industry.

The Centre: What is the implication of the Covid-19 pandemic on the CFS programme?

“I used to go back to my hometown during the summer vacation, and my grandpa wouldn’t let me go out to play because it was extremely hot outside, so I had to stay home and play iPad games all day. I felt so bored. But here (at CFS), I have made many good friends, we can play together and I’m very happy this summer!” said an 11-year-old girl in Jiangxi.

The above was a sentiment echoed by many children this week, who had to bid farewell to their new-found friends as many Child Friendly Spaces came to a close this week.

Twelve factories were running CFS this week, including two that were operating their spaces as After School Centres. However, a number of these factories decided to close their CFS earlier than expected due to the current COVID-19 outbreak and infection control policy. But even so, to give the children the most memorable summer vacation and to ring out the programme in style, five factories topped off CFS with a dazzling array of family activities and closing ceremonies. During the ceremonies, the children sang, danced, presented their work and played games with the parents. One factory even had a cake-making extravaganza. Most of the children didn’t want to leave CFS at the end of the day of such a fun day.

Below are several photos from the ceremonies. 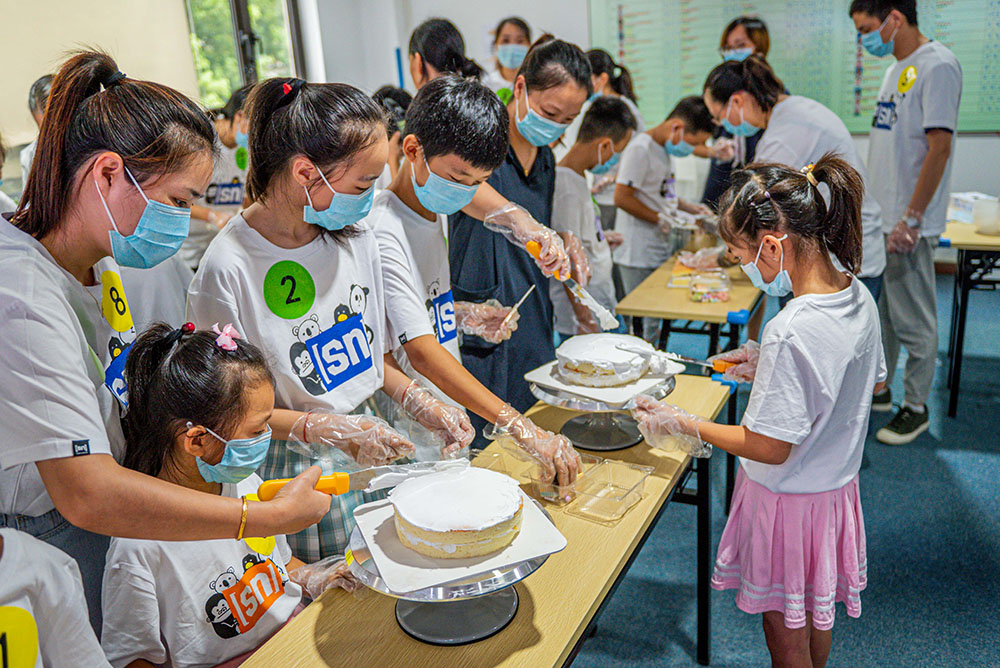 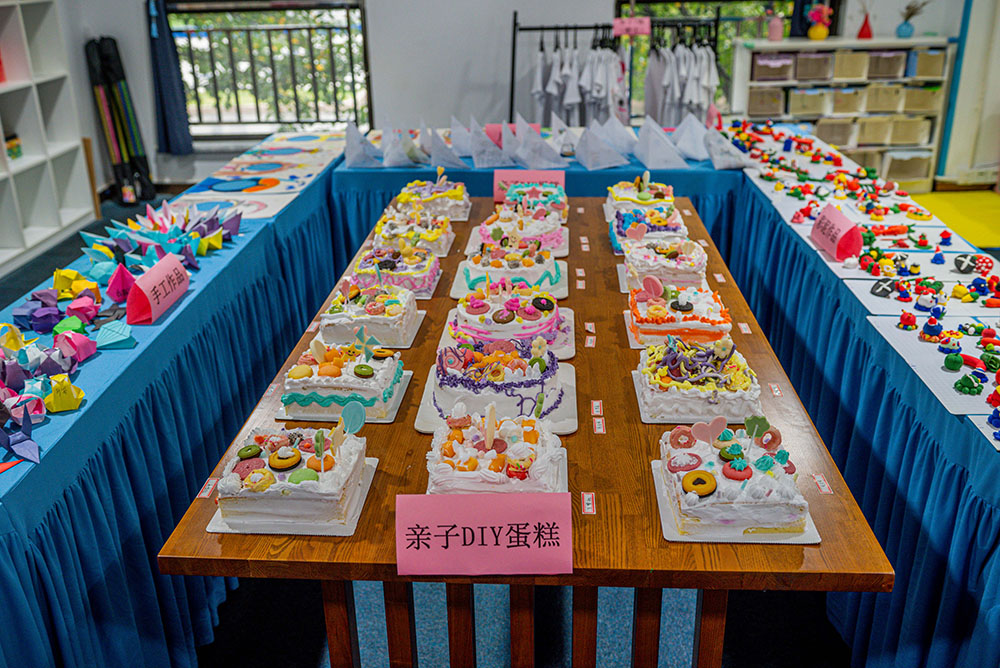 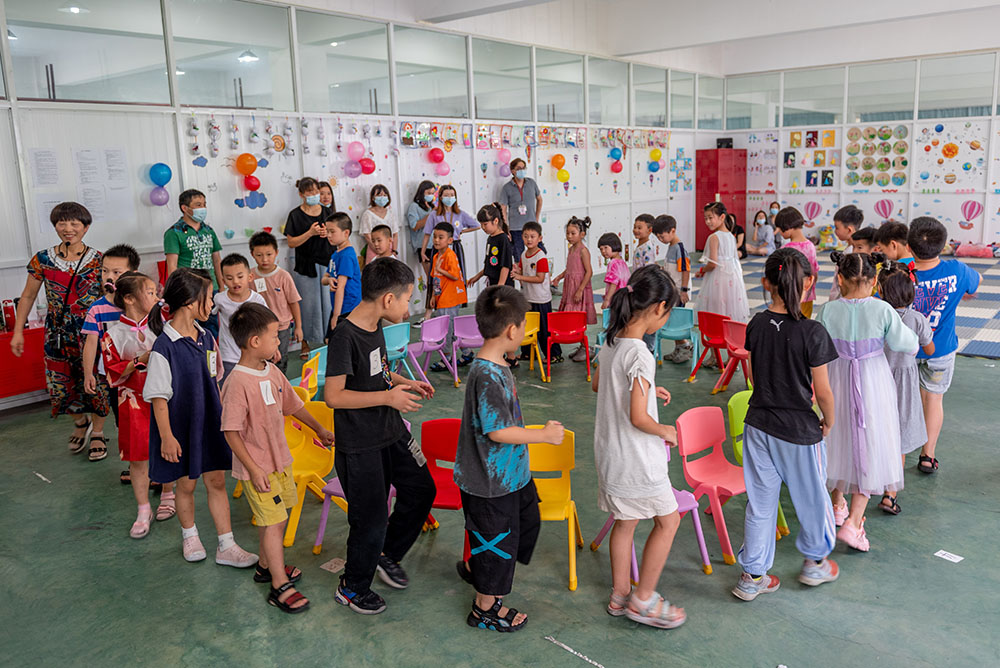 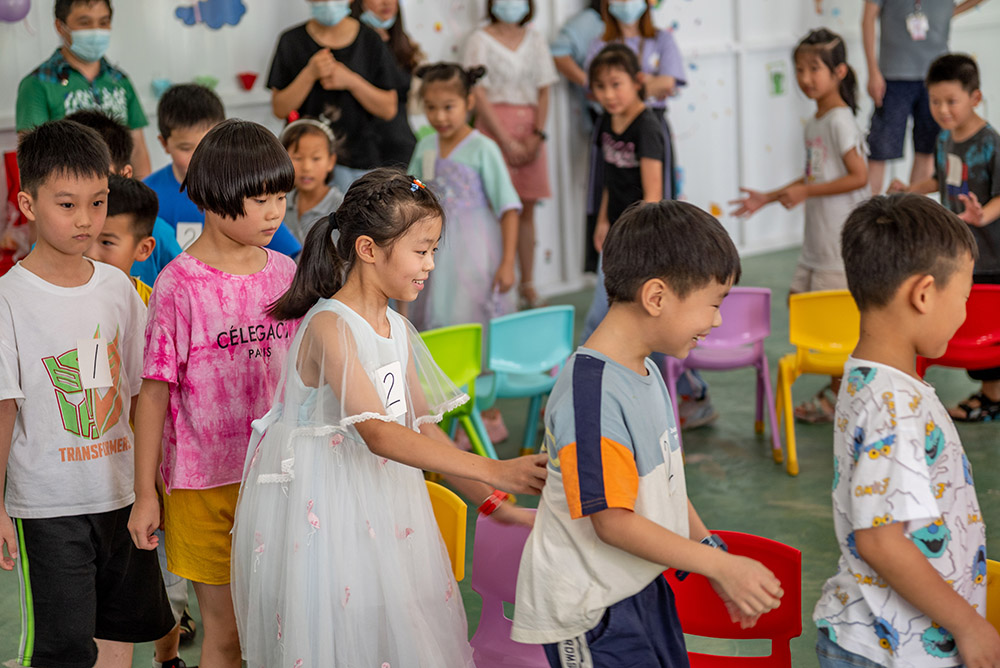 To measure the impact of the CFS on the workers, the children and the factories, The Centre staff ventured out to four factories this week to conduct final assessments of CFS. Below are some photos of the interviews and focus group discussions that took place. 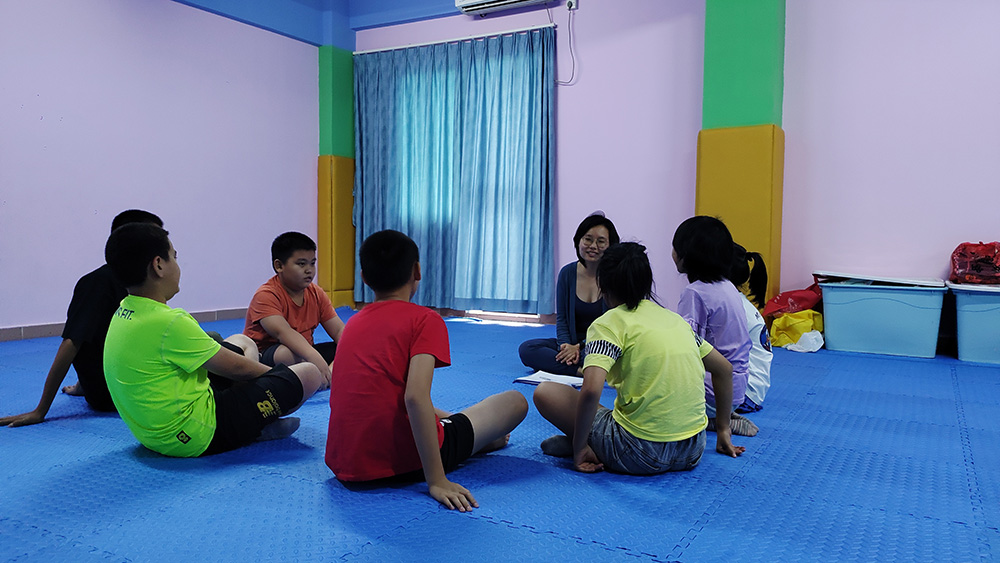 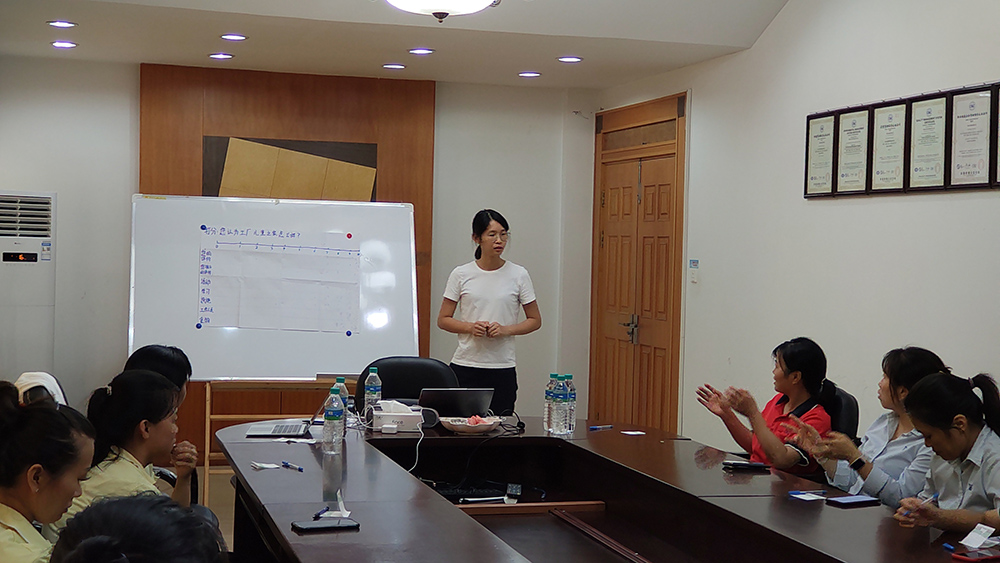 In the past week, several provinces in China have seen a surge in COVID-19 cases. The Centre learnt that factories running the Child Friendly Spaces this year have had to tighten their COVID-19 prevention measures in response to government regulations.

At one factory, an on-site medical staff joins the CFS staff for the daily sign-in every morning, not only to check children’s temperature but also to do a basic health check, such as examining the children’s throats. The factory is also working with a local hospital to carry out a COVID-19 prevention and emergency response training with children attending the CFS. Pictured below are some of the safety precautions CFS factories have begun to take.

In more positive news, one factory turned a challenging situation into an amazing feat recently. After a parent worker's child was found running into the production area during an audit, teh factory decided to turn its large meeting room into a Child Friendly Space to keep children of workers away from the production area. In just one week, the factory managed to undergo the necessary training and preparations to open a fully functional, safe space. Read the full story in our blog here. 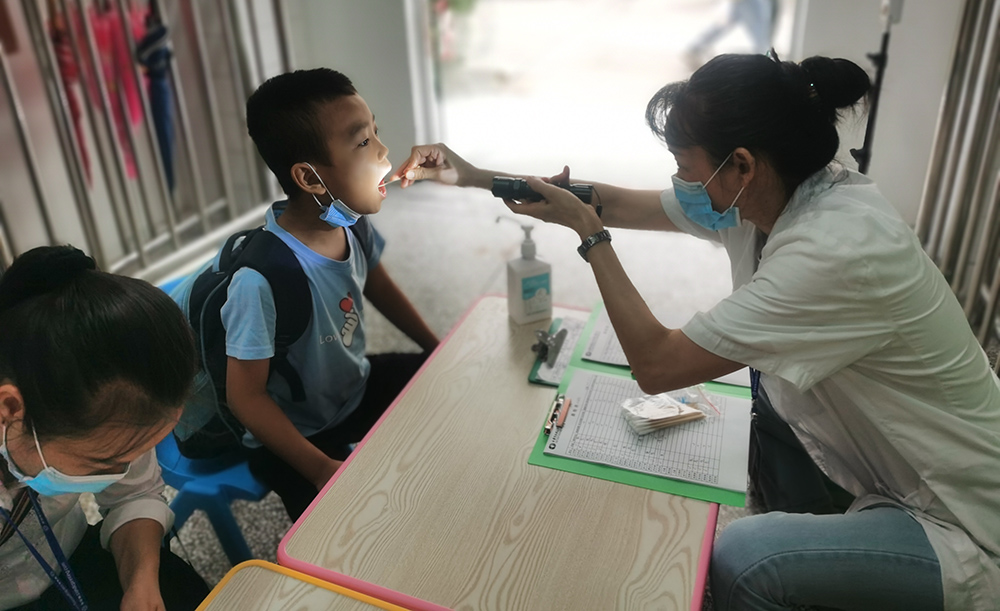 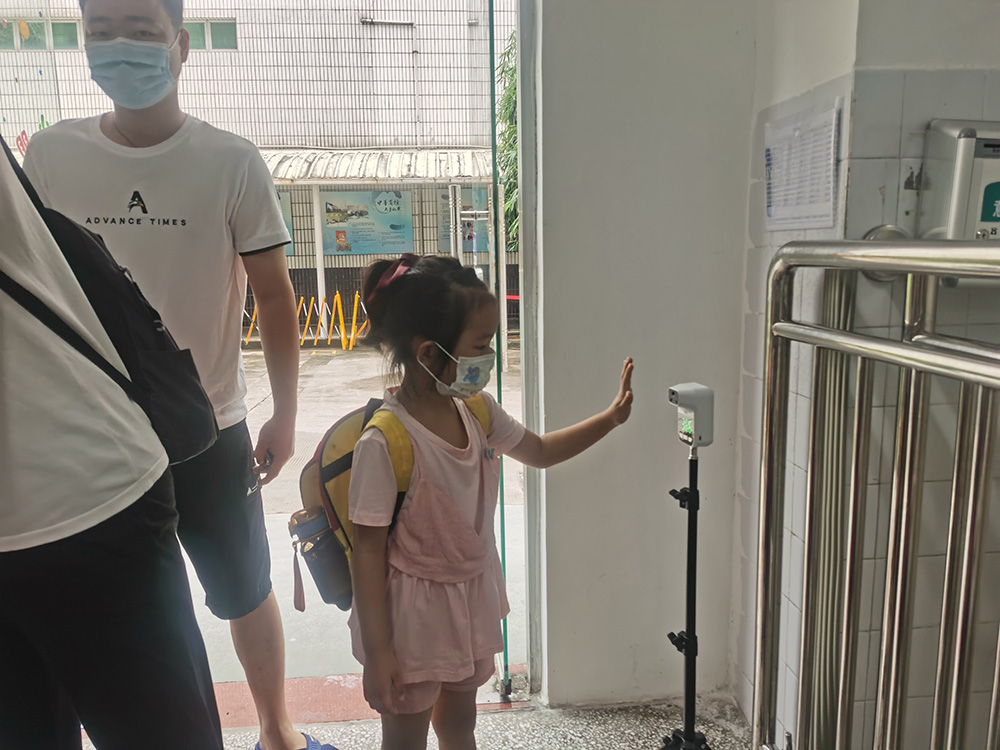 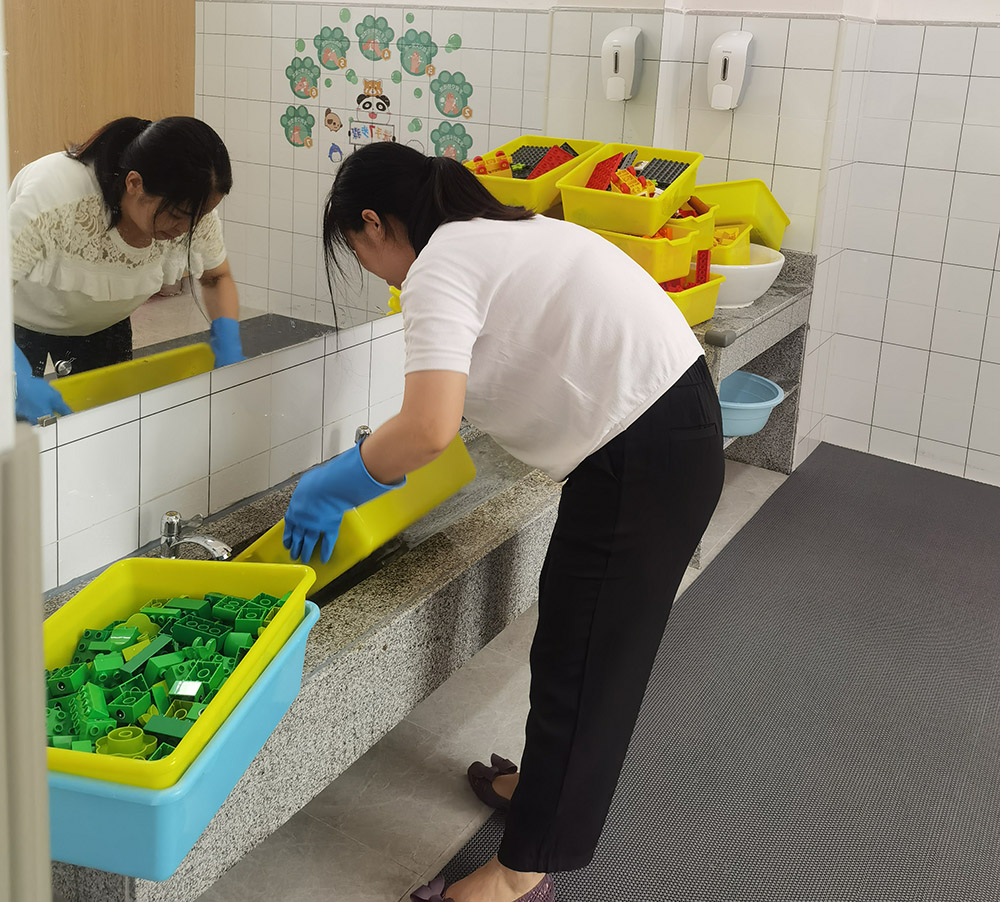 Eleven factories are now operating Child Friendly Spaces in total this summer vacation. The Centre’s staff ventured out to five factories this week to monitor how CFSs are running there. Below is a photos from one of the focus group discussions. 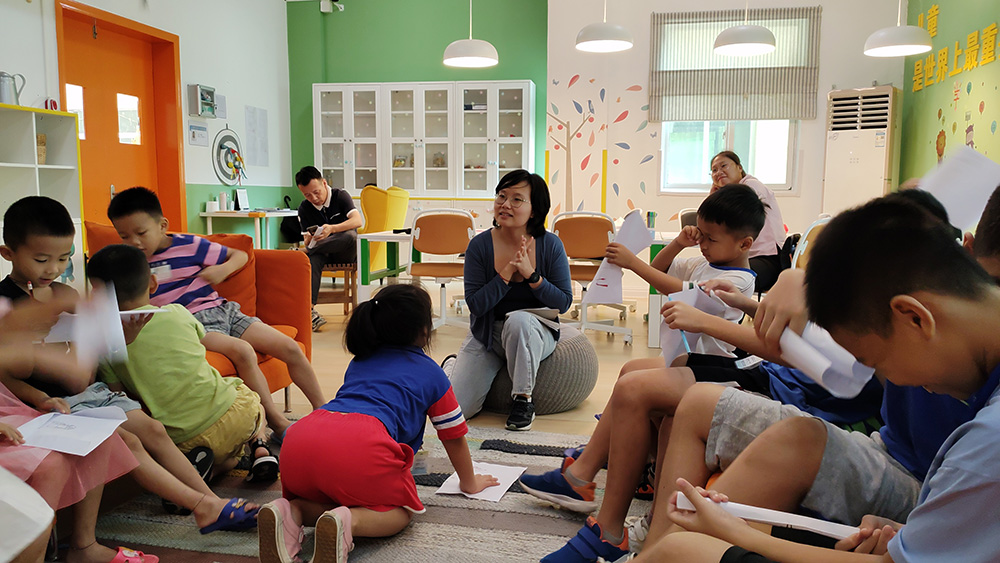 A special event was held at two factories. The teachers at the CFS held a birthday party for all kids and their parents. They made birthday cake by themselves and enjoyed together as a family.

Another two factories held a parent-child activity with the theme of ‘gratitude’. All parents received gifts and letters made by the children themselves. “I am very happy and I feel like my kids are growing up,” one of the participating working mothers from the factory said.

Below are a collection of photos from the various activities held at the CFS we visited. 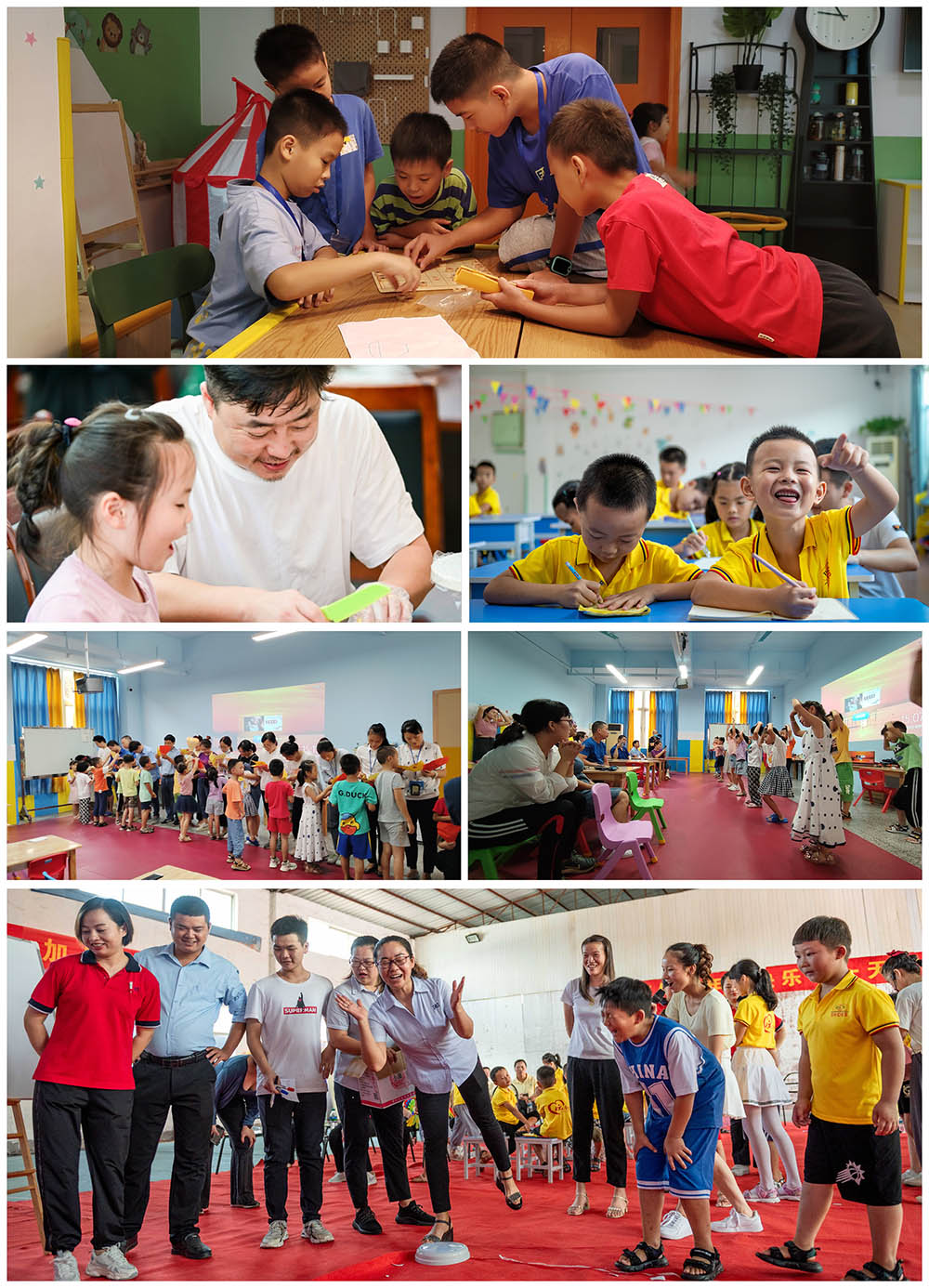 Three more factories launched their Child Friendly Spaces (CFS) this week, bringing the total to eight operational CFS so far. Some children were nervous on the first day. With the help of the teachers and factory staff, they quickly adapted to their new and exciting life at the CFS.

One factory organised a workshop tour for the children, so that they could get a first-hand insight into their parents’ jobs. This was a new, fun and meaningful experience for the children.

The Centre’s staff visited five operating CFS this week to conduct a monitoring assessment. The assessment aimed to ensure that the spaces were up to standard so that the children have a safe, happy and fulfilling summer. 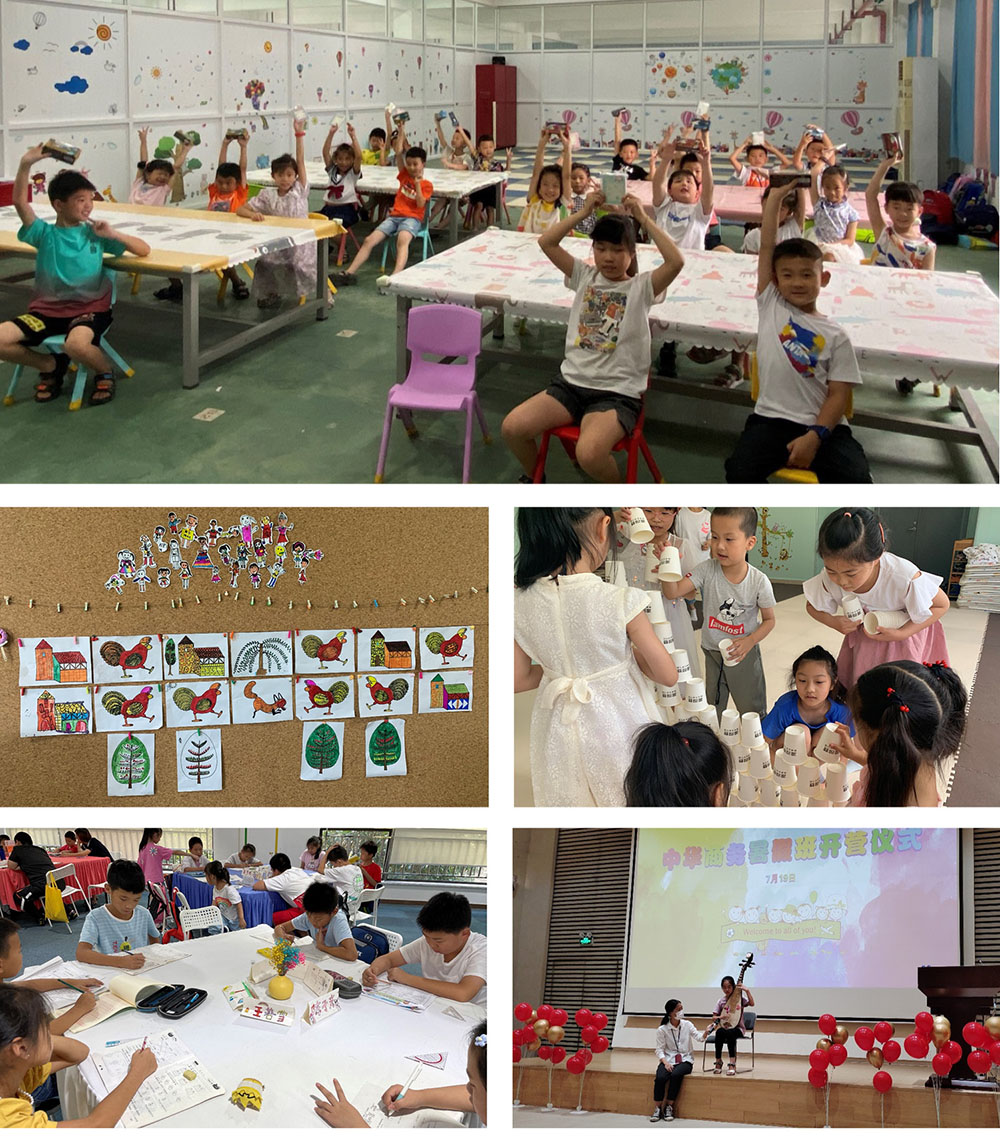 Depending on where they live, children in China get to start their summer vacation this week or in the following week. This week, five factories have successfully opened the Child Friendly Spaces within their premises. Opening ceremonies were hosted at these factories. Fun events and delicious meals were carefully prepared by the CFS staff to welcome the children. The children got the opportunity to get to know the other children whom they will be spending a joyous summer with. Photos below show our little guests’ first week at the CFS.

Three other factories plan to open the Child Friendly Spaces next week (the week of July 19). Some final touches are being done before the launch, such as finalising the daily schedule of the CFS, preparing for a test-run and the opening ceremony. 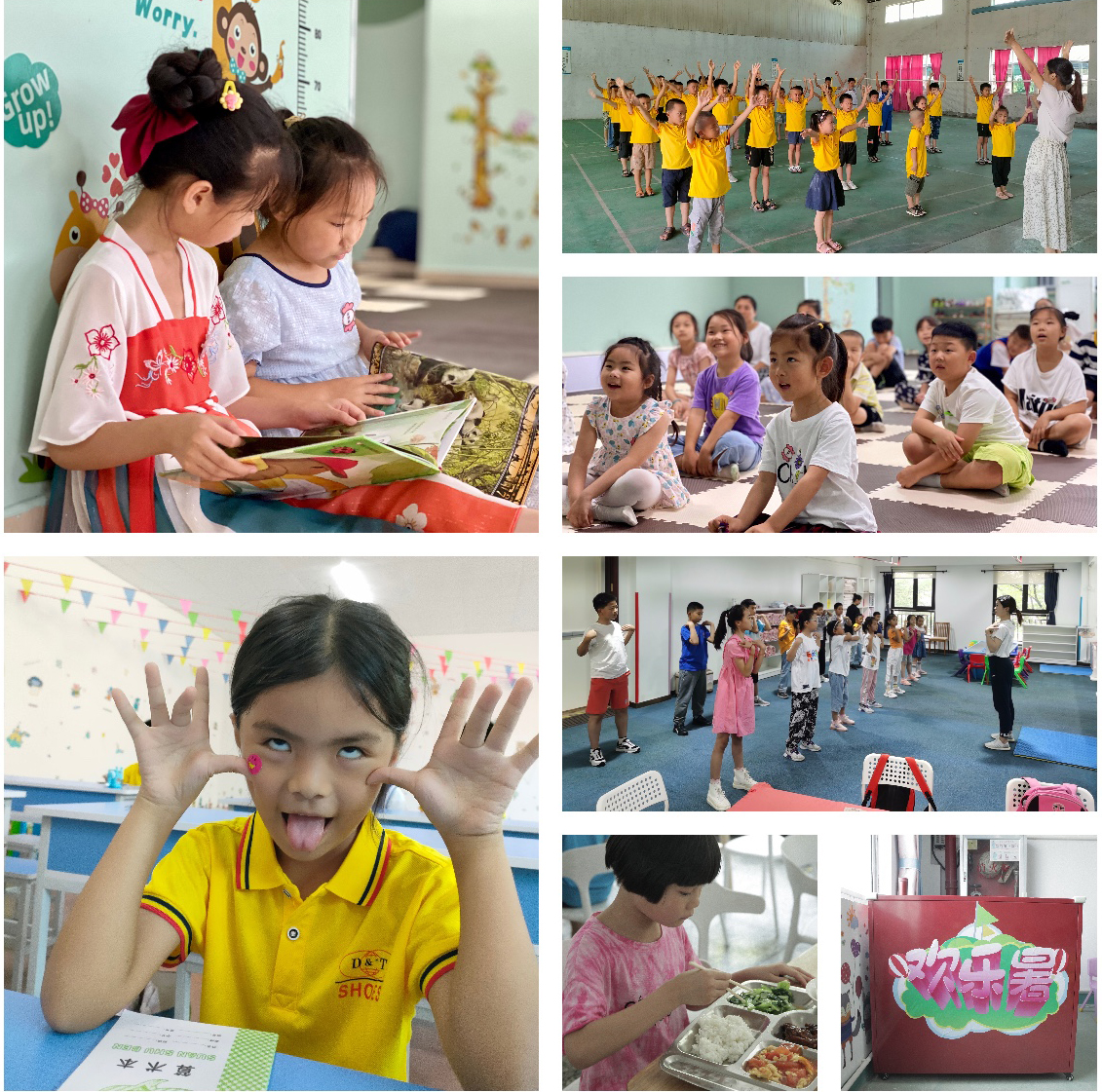 Currently, 11 factories are preparing to open Child Friendly Spaces for the first time this summer in China, while somefactories have to postpone it until next year due to the uncertainties of the COVID situation in some provinces. The project is highly anticipated by front-line workers, creating an opportunity for them to spend time with their left-behind children during the summer vacation, while also being able to focus on work better.

During the past week, The Centre staff visited four factories for CFS pre-launch assessments, to view and support their renovation process and staff recruitment, as well as support with other admin-related aspects. Pictures below are a series of before-after photos from the factories we visited that show the remarkable change of their selected CFS venues.

All CFS will open their doors in mid-July, in time to welcome our first little visitors.

The Centre Becomes Remediation Partner for amfori in Vietnam

Three Dialogues on Youth Employability by The Vietnam Chambers of Commerce and Industry (VCCI) and UNICEF, Sep 15-17 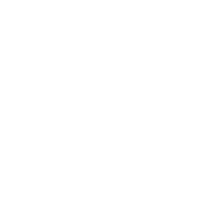